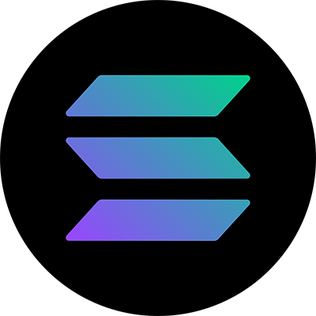 A blockchain platform that is meant to host apps that are decentralized and scalable is called Solana. It was launched in 2017 and is an open-source project now managed by the Solana Foundation, located in Geneva. Solana Labs, located in San Francisco, developed the blockchain.

The Concept of Historical Proof

Anatoly Yakovenko, also one of Solana's co-founders, wrote a white paper in November 2017 that described the proof-of-history (PoH) idea. PoH is proof that may be used to validate the sequence of occurrences and the passage of time between them. It is also used to encode trustworthy passages of time into a ledger.

Comparisons to Ethereum, the market leader in blockchain technology for decentralized applications (dApps), are unavoidable because of Solana's quickly growing ecosystem and adaptability.

- Consensus: Solana and Ethereum employ a proof-of-stake (PoS) consensus method, which requires validators to put up their money as collateral in exchange for the right to receive rewards for contributing to the blockchain. Solana makes the PoS system better by including the PoH system as well.

Solana's substantial advantage over Ethereum in terms of the speed at which transactions are processed, and the expenses associated with such transactions contributed significantly to the excitement surrounding Solana in 2021. Solana's maximum number of TPS can handle 50,000, and its average cost per transaction is $0.00025. On the other hand, Cryptocurrency can only manage a maximum of fewer than 15 TPS, and its average order price is close to $1.68.