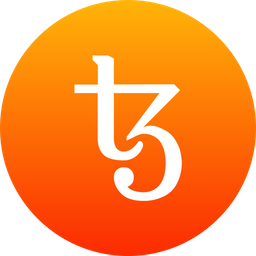 Tezos is an open-source platform for storing assets and running applications that may improve itself via updating. Stakeholders are in charge of governing any modifications made to the core protocol, including any changes made to the amendment process itself.

Tezos can improve itself via the use of a self-amendment feature, which eliminates the need to "fork" the network and create two distinct blockchains. This is essential because the notion or anticipation of a fork may cause division within the community, change the incentives offered to stakeholders, and disrupt the network effects built over time. Because of self-amendment, the costs of coordination and execution for protocol upgrades are decreased significantly, and it will be possible to introduce future advances without disruptions.

Governance Based On the Chain

In Tezos, all participants and stakeholders can take part in controlling the protocol. The election cycle offers stakeholders a formal and methodical approach to reaching a consensus on proposed protocol revisions. Tezos can modify this initial election process to embrace better governance structures when they are found, thanks to a combination of an on-chain mechanism and self-amendment that allows for this combination.

Payment to people or organizations who enhance the protocol may be included in proposed revisions and subsequently agreed upon by stakeholders. The network's upkeep is handled in a more distributed fashion because this payment structure also promotes vigorous engagement. Tezos's development and acceptance will be facilitated by creating an environment for developers that is dynamic, open, and varied and which provides an incentive for developers to contribute to the protocol.

Tezos provides a framework for creating smart contracts and developing decentralized apps that are immune to censorship and cannot be disabled by outside parties. In addition, Tezos makes it easier to do formal verification, a method for enhancing data security that formally demonstrates computer programs' features, such as smart contracts. If followed correctly, this method may assist in avoiding expensive defects as well as the controversial disputes that come after them.

Participants (also known as "nodes") in decentralized peer-to-peer networks are responsible for providing the necessary computing resources that are required to maintain a network operational. Proof-of-Stake, often known as PoS, is the technique that allows multiple players in Tezos to achieve an agreement on the state of the blockchain. In contrast to existing Proof-of-Stake (PoS) protocols, the consensus process in Tezos is open to participation from any stakeholder, who will then get a reward from the protocol itself for their contribution to the network's security and stability. In addition, compared to alternative processes for reaching an agreement, Proof of Stake requires fewer resources and reduces the barriers to entry for participation.

A security deposit is required in PoS to participate in the consensus process and prevent one's holdings from being diluted by inflation. The security of the consensus protocol, like that of the proof-of-work protocol, depends on an honest majority. This honest majority is explicitly encouraged by the Tezos protocol, which punishes dishonest conduct and rewards honest behavior. If a person engages in dishonest behavior, they risk having their deposit forfeited. Users who do not want to take part in the consensus protocol directly have the option of delegating their privileges to other users so that those other users may take part in the protocol on their behalf.