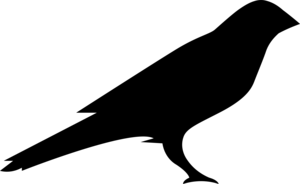 Kusama is a decentralized, open-source network that is built on the Polkadot blockchain. It is designed to be a platform for experimentation and innovation, and allows developers to build and deploy decentralized applications (dApps) and other blockchain-based projects.

One of the main features of Kusama is its fast transaction speeds and low transaction fees. It uses a proof-of-stake (PoS) consensus algorithm, which requires users to hold a certain amount of the Kusama token (KSM) in order to participate in the network and validate transactions. This helps to ensure that the network remains secure and efficient.

In addition to its fast transaction speeds and low fees, Kusama also has a number of other features that make it an attractive platform for developers. For example, it has a highly modular design, which allows developers to easily customize and extend the functionality of the network. It also has a strong focus on security, with regular security audits and a robust governance model that allows users to participate in the decision-making process of the network.

Overall, Kusama is a decentralized platform that provides a range of tools and resources for developers to build and deploy innovative blockchain-based projects. It is designed to be fast, secure, and highly customizable, making it an attractive choice for developers looking to build on a blockchain platform.