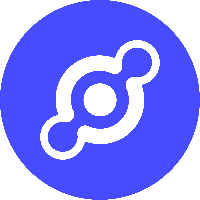 Helium is a network that links the Internet of Things devices and is based on blockchain technology. Helium technology allows the devices to communicate with one another, while the system is responsible for transmitting data between the network nodes. Within the Helium system, the individual nodes that make up the network are called Hotspots. LoRaWAN is the technology that the Hotspots use to give public network coverage. LoRaWAN is a protocol for the media access control layer that includes a cloud component. Platforms such as Helium may connect to this cloud component.

With over 25,000 Hotspots participating as nodes on the network, Helium is one of the largest LoRaWAN networks currently available. The power of LoRaWAN is combined with that of mining equipment based on blockchain technology in hotspots.

Helium, also known as "The People's Network," aims to lay the groundwork for an Internet of Things that is both effective and useful in the future by addressing all of the problems and insufficient solutions. The lack of data protection practices implemented by well-known Internet of Things centers like Google and Amazon is one of the industry's most pressing concerns. When connecting devices to the Internet of Things, privacy will not be an issue for much longer because of decentralization and the blockchain technology employed in the construction of Helium.

How exactly does Helium do its job?

Helium intends to build an IoT network that is dependable, decentralized, and global in scope, and it will rely on the community of HNT holders to make this happen. Nodes, also known as hotspots, are the building blocks of the network. Node operators, also known as HNT holders, are the people in charge of running the hotspots. Users are rewarded for their involvement in the operation of the network in the form of functionality by being allowed to manage nodes and host Hotspots.

WiFi already supports the Internet of Things. However, privacy issues arise when supporting the most significant number of various devices conceivable. Helium addresses this problem by using a decentralized architecture and consensus process, which offer network coverage that is two hundred times higher than possible with a WiFi connection to the Internet of Things.

In addition to IOTA (MIOTA), which uses so-called "blockless" technology and the Tangle network to link devices to the Internet of Things, Helium is one of the few blockchain initiatives focusing on the Internet of Things. The Proof of Coverage method emphasizes how unique Helium is as a project whose primary goal is to improve how the Internet of Things works. The Proof of Concept (POC) is an innovative technique developed specifically for the Helium network. The consensus process is based on the HoneyBadger Byzantine Fault Tolerance protocol, and it enables the network nodes to establish agreement even when the connection rates change. This is made possible by the protocol's fault tolerance capabilities.

In addition to using the native currency HNT, Helium also uses another token known as Data Credits. This token cannot be traded for other assets and may be used by users to pay transaction fees.